Elliot has picked up right where he left off last year as establishing himself as one of the top players in the region. He scored 34 points against Tucker Co. this past Saturday and became just one of eight players in EHS basketball history to go over 1000 points in his career. He is an unselfish player and has a desire to make not only himself better, but his teammates as well.
Congratulations to Elliot on his continued hard work ethic and team play! 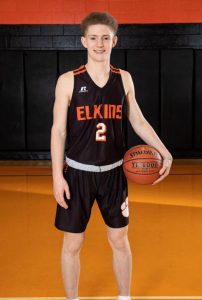 Can Dry Needling
Work For You?

Trigger Point Dry Needling Therapy can relieve pain or improve range of motion with treatments that uses a thin needle that is inserted into specific areas of the muscle.